everybody loves a quickie 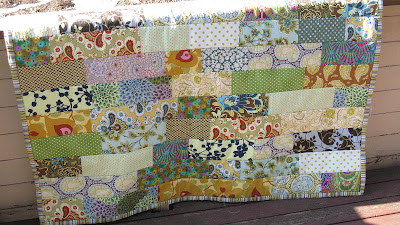 It would be a lie to say I've put a lot of work into this little quilt.. The strips are cut in an hour, and it didn't take long to stitch them up either. 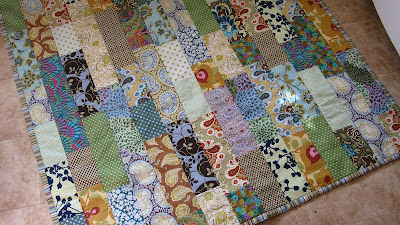 I'm not completely satisfied with the photos, it's really more green than the photos show. The fabrics are mostly Amy Butler with some others to (mis)match.
The thought behind the quilt was to have something for Elina's stroller and to sit on during summer, if we're having a picnic or going to a festival or just relaxing in the park. 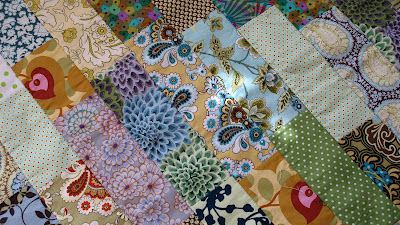 Because of the way we're hoping to use this quilt, I chose a heavy cotton with a messy pattern for the back. Filth won't show as easy on this as if I used a solid. Or at least I think so. I've quilted it in panels, because the batting was so stiff that it was pretty difficult to quilt on a rather small table. I would experiment more if I had a more suitable batting. But after all, I'm quite satisfied with the panels. 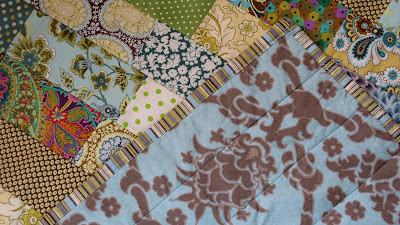