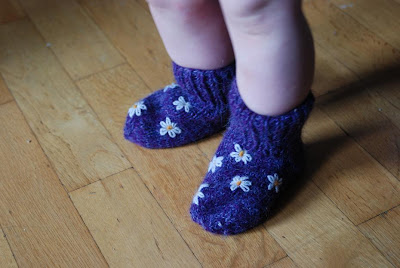 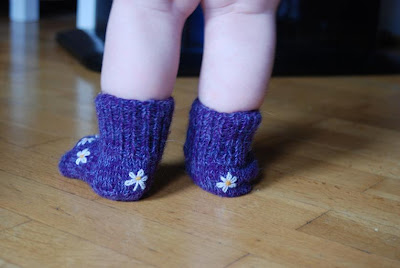 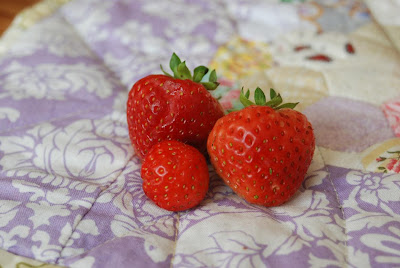 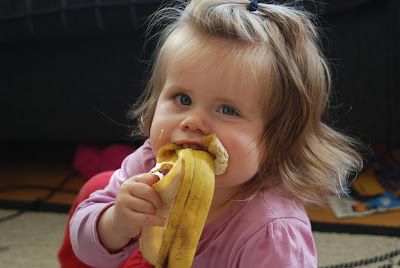 She doesn't get food, so she has to eat banana skin... And as the good mother I am, I ran to get the camera instead of taking her "food" away from her.
av HanneJ kl. 05:17 7 kommentarer: 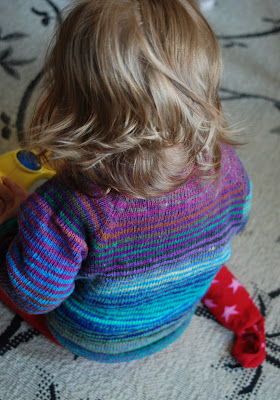 The sweater fits her perfectly. I couldn't be happier!
av HanneJ kl. 08:43 7 kommentarer: 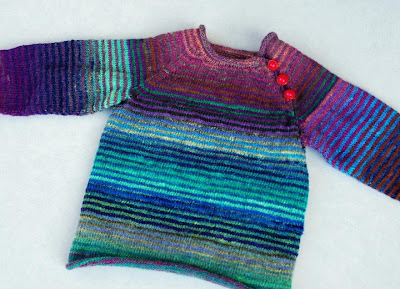 Finally, I've finished something! I started this sweater while I was in Sweden on vacation more than a month ago, and it took a while to get it done.. It's a small project, so I have no idea why it took so long. 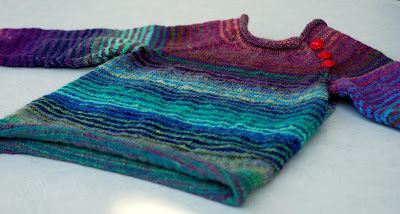 It's a Norwegian pattern, from the book "Strikk til Nøstebarn" which is pretty popular. I haven't used the original yarn, but thought it would be fun if I used Noro Kureyon Sock. I was a little inspired by scarves knit with two different colorways of Noro, so I got a couple of balls, and started knitting.
The pattern is really easy, but it's not a top down-pattern. There's also room for some improvement on the pattern, I've made a little note to myself if I am to knit it again. The owner is in Kindergarden at the moment, so I'll try it on when she gets back. 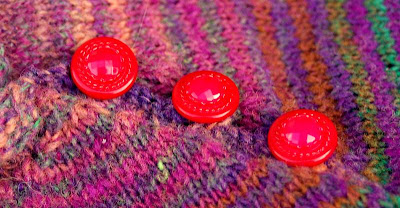 Doesn't the buttons look like rasberry candy? It reminds me of the fact that I was so eager to get this project done that I forgot to eat..
av HanneJ kl. 02:47 14 kommentarer: