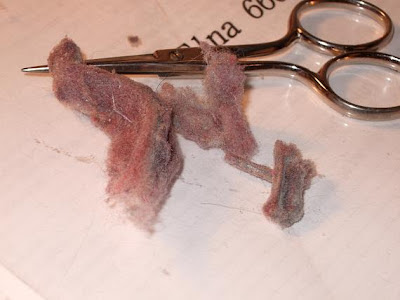 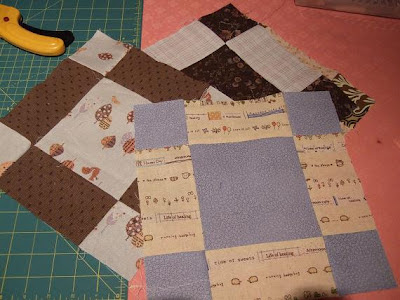 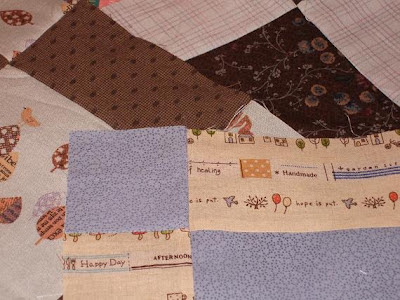 After making intricate blocks, it's always fun to do something fast and simple, like these. They're called Puss in the Corner, and I got the idea from the faboulus Norwegian book Quiltegleder. They will all be blue, beige and brown, and I'll get to use many different japanese fabrics, both prints and plaids/other heavier qualities/textures.
I've only made 4, but as mentioned before, they're quick, so I'll make some more during the weekend and will hopefully get some idea how this will turn out!
av HanneJ kl. 13:40